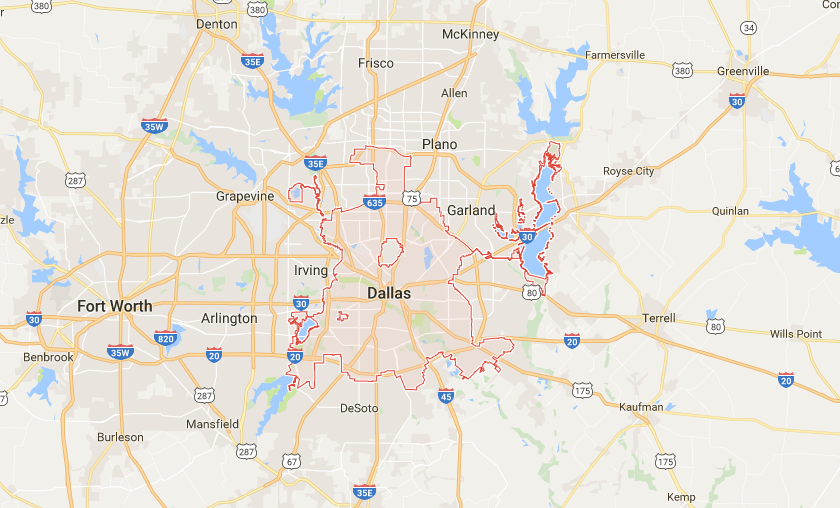 Dallas was originally founded in 1941 as a trade post settlement in the newly created Republic of Texas. Known for it’s strong and independent culture, the city is the third largest in the state of Texas and is home to a wide variety of companies and neighborhoods. Dallas is home to everything from the State Fair of Texas, which has been held in the city annually since 1886, to the up-and-coming Art District which is anchored by the Dallas Museum of Art.

From the 1,000-acre White Rock Lake to the even larger Lewisville Lake, the citizens of Dallas can also spend a day boating or doing other water sports in the warm Texas sun. No matter if you’re on the larger lakes or a smaller body of water in the Dallas area, IMM Quality Boat Lifts understands Dallas and its boat lift needs. The neighborhoods we serve include:

IMM Quality Boat Lifts brings the world’s best boat lifts to Dallas, TX. IMM Quality Boat Lifts offers a variety of boat lifts made from marine grade aluminum that are built to last. Backed by more than 35 years of experience in this industry, our patented engineering designs are the most reliable and easy to use boat lifts that you can find. Manufactured in our Fort Myers, Florida factory, we are proud to be made in America.

While our lifts are shipped around the world, it is always a comfort to know that we can meet the needs of our customers in the Dallas area. No matter what type of watercraft you own and what shoreline conditions exist at your home, IMM Quality Boat Lifts will build you a lift that perfectly suits your needs. That is why our boat lifts are the preferred choice of discerning customers and have an unsurpassed reputation that speaks for itself.

Our TITAN line of luxury yacht boat lifts sets a new standard for performance, safety, and reliability to lift even the largest of yachts.

Our gangways, docks, and piers all start with the same rugged frames made from marine grade aluminum that is incredibly strong and stable

Imm Quality Boat Lift’s high performance boat lift accessories are made from the finest materials and are durable and easy to use.

For business inquiries about boat lifts for sale in Dallas, please fill our short form or